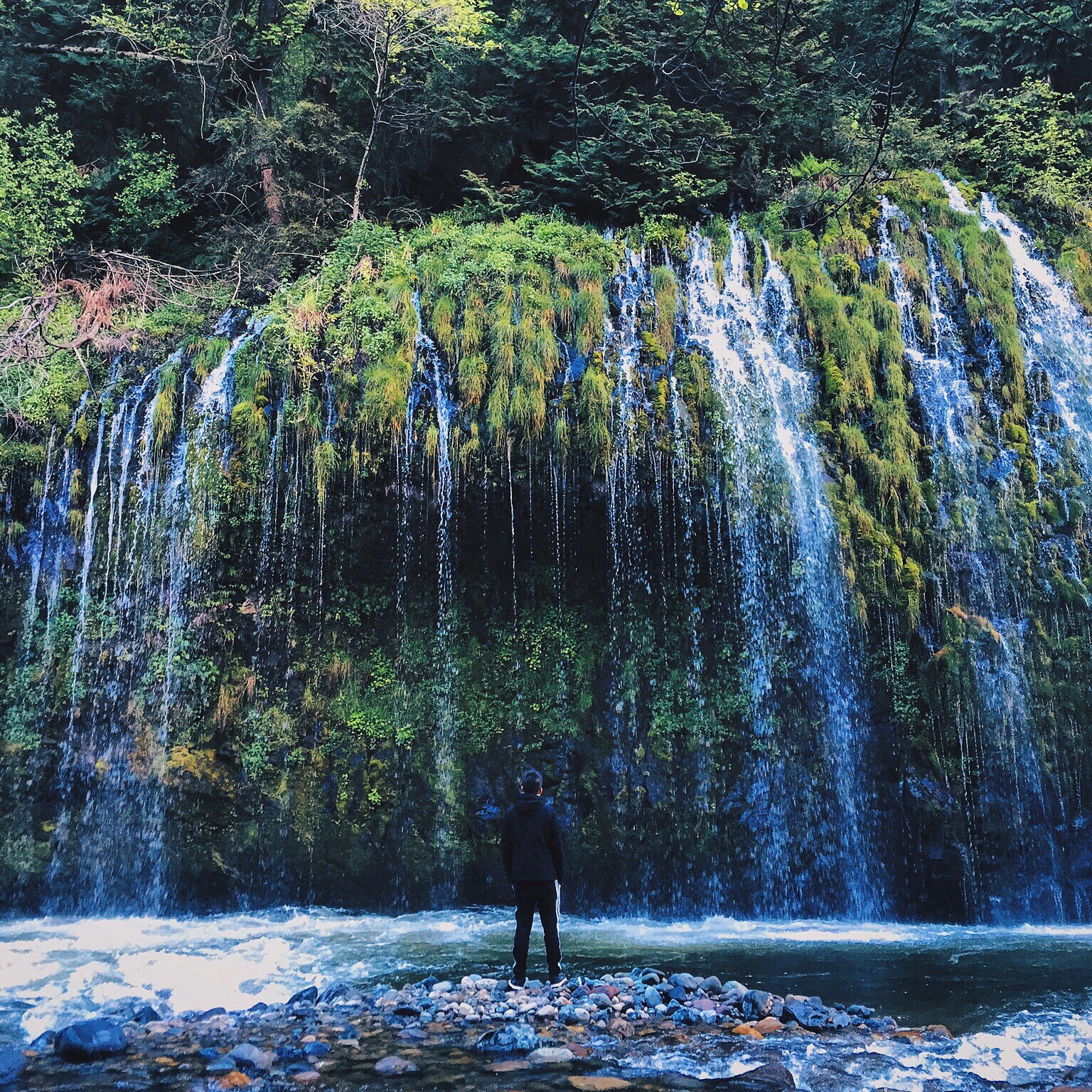 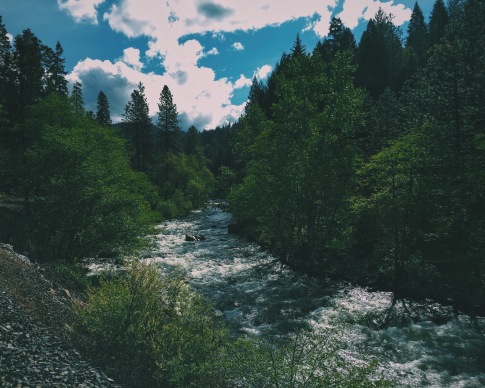 *DISCLAIMER: We do not condone trespassing into private territory nor putting one’s self at risk of walking along an ACTIVE railroad. Please exercise caution when traversing the railroad.

Hidden deep within the Shasta region past Redding, CA, Mossbrae Falls captured the attention and hearts of many visitors with it’s unique waterfalls, pristine waters from the Sacramento River, as well as the vast open area melding together steel with the rocks and dirt from nature.

It is definitely a risky trek towards the falls, mainly due to the fact that to reach the falls, you must traverse a mile worth of train tracks that are still actively used by service trains, so this is not a trip that is meant to be visited often. However, once you do make it to the falls, it is a rewarding trip and the road getting there also presents a wonderful view with some room for fun (and safe) photography.

Some background before delving into our own experience: Mossbrae Falls was actually more accessible to the public because the railroad and the area surrounding it was public land, so there were no trespassing for people who want to see the falls. However, tragedy struck when a hiker headed towards the falls was struck by an incoming train in 2011, which pushed for the land surrounding the railroad to be closed off as private property. The area is most tightly regulated now as police can often come by and check if people are trespassing, however there are those who were fortunate enough to have made it to the falls since then, keeping alive the relevance of Mossbrae Falls despite legal ramifications. 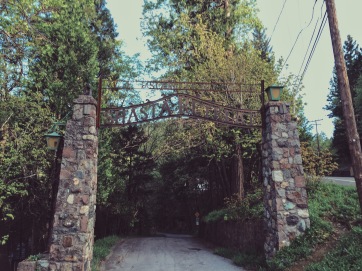 Finding the way to the falls was a bit tricky, mainly because the entrance itself is located within private property, and the entrance to THAT is also pretty tricky to find. The name of the property that the railroad is connected to is called Shasta Retreat, and you can find an arch with the name etched on it (seen above) along Dunsmuir Ave.,after going through a small town after exiting I-5N.

We found parking alongside the road in front of the Chevron that is down Dunsmuir Ave, and yes it is not a limited time parking so you can park there; DO NOT go down to the private property and park there, because that WILL get you a ticket. Once you find parking, proceed under the arch, continue straight down the street and you can easily see the train tracks up ahead, from there you turn right and walk a mile until you reach a brown metal bridge and a vast open space to your right, which will have a small trail leading to the falls.

Get ready to have lots of panoramic photos because the waterfall is wide. Looking like something out of the Amazon, the waterfall flows down in streams down branches coming out of the hanging bushes. Be sure to bring a towel and/or extra socks if you want to traverse the river. There is a little island in the middle of the river if you want to get a closer look at the falls, however the rock path leading to the island is nearly submerged, and any sign of dry rocks are usually unstable. Expect to wet your feet if you want to go across the river. It is worth it though to be able to see the waterfall up close, and get some badass pictures while you’re at it. The river water isn’t super deep, but not shallow enough though to be able to walk through it without the water going up to your knees; it is not clean as well because of some of the trash that was found nearby, so please refrain from littering the area as well.

Lastly: the train. Luckily, our time at Mossbrae was in the morning at around 8AM, so train activity in the morning was nearly minimal. Walking down the train tracks, we made sure to listen carefully of any signs of train movement, and planned where to head for safety in case there was one in front/behind us. There was a train that did pass by while we were down in the falls, so we were super lucky that we did not walk down the tracks sooner. Compared to other reviews, the morning time would be a suggested time of day to visit, HOWEVER this does not guarantee that anybody can go down to the falls safely.

Despite the risks, we braved along the train tracks to discover a hidden jewel within the Shasta region. In a sunnier part of the day, the falls would definitely have been a wonderful sight to behold.

Make sure you plan adequately on what time you plan to go, what to bring, and additionally formuate any emergency procedures in the event that a train is incoming. Be diligent and safe, and you will surely be rewarded at the end of your hike.